Climate change is defined as a shift in climate that is caused by human activity and modifies the atmospheric composition, in addition to natural climate variability recorded over analogous time periods. Rising ocean acidification and atmospheric co2 concentrations are among the impacts of climate change on ecosystems. Other stressors on ecosystems, such as deterioration, defaunation, and segmentation, interact with it.

Water levels are rising, and the oceans are warming. Droughts that last longer and are more intense endanger crops, biodiversity, and freshwater supplies. Climate trends indicate the conditions on earth that have changed over the past 30 years. Scientific data and satellite images have shown that anthropological climate change is affecting the planet at an alarming rate.

The significant climate trends we are experiencing at present are not similar to the past. The difference is due to human activity. Global warming is affecting our planet from rising sea levels, melting glaciers to coral bleaching. Few trends that show the impacts of climate change are: rise in sea level, rise in temperature, warming of oceans, melting of glaciers, frequent weather events, increase in humidity, and acidification, etc.

Every year and over decades, precipitation varies in amount, intensity, and frequency, this change causes effects on the environment. Steady rains in a short period cause runoff and flooding. Cloudbursts, thunderstorms, and tropical storms are all related to flooding. Greenhouse gases trap more heat in the Earth's atmosphere. This has increased global average temperature.

‍The temperature difference between the highest and lowest points on Earth is likely greater than 100°F (55°C). In the Northern and Southern Hemispheres, temperatures fluctuate between seasonal extremes. According to the National Oceanic and Atmospheric Temperature Center (NOAA), the average world temperature has risen by 0.8°C over the last century.

In the Earth's atmosphere, greenhouse gases trap more heat. As a result, the worldwide average temperature has risen. The oceans, weather patterns, sea levels, plants, and animals are all affected by rising air temperatures. From 1901 to 2020, global average temperature increased by around 1°C. Since 1900, the worldwide cumulative sea level has risen by around 8 inches. According to expert Mauri Pelto, glacier melting has increased from 6.7 inches/year in the 1980s to 34.8 inches/year presently, causing sea levels to rise 0.04 mm per year on average.‍

‍Thousands of species have vanished as a result of anthropogenic climate change. Waterbirds are well known for being highly reliant on natural marsh habitat. Natural wetlands are unfortunately being converted to various land uses. Climate Change should be a key reason that threatens the survival of population and species due to physiological responses to high temperatures. Around 1 million Fauna and Flora species are now critically endangered, according to the UN report.

Since 1900, the cumulative abundance of native species has declined by 20%. Over 40% of amphibians, 33% of coral reefs, and more than a quarter of all marine animals are vulnerable. According to the evidence available, 10% of bug species are endangered. By 2016, more than 9% of all domestic mammals utilized for food and agriculture had been extinct.

‍Climate change has consequences that go beyond the capacity for disease to spread slowly. Floods, droughts, and heat waves are anticipated to become more common as a result of global warming, putting our capacity to maintain health hazards to the test. Air pollution, infection, harsh weather events, food shortages, and mental health challenges are already affecting people's health.

Environmental factors destroy the lives of over 13 million people each year. In 2018, fossil fuel pollution cost the world $2.9 trillion in health and economic expenditures. Climate change is anticipated to result in an additional 250 000 deaths per year between 2030 and 2050, due to starvation, malaria, diarrhea, and heat stress.

António Guterres, the UN Secretary-General, praised the report “an atlas of human suffering and a damning indictment of failed climate leadership.” The research identified 127 threats across a wide range of industries, including health, agriculture, the economy, infrastructure, and ecosystems. 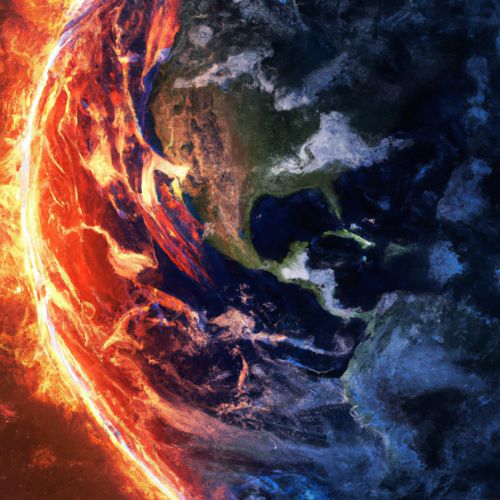